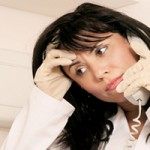 Let these stories of botched surgeries serve as cautionary tales for both medical staff — who should double- and triple-check all instruments and details on the patients and procedures — and for patients, who should do all they can to fully understand their treatment and to feel comfortable that the surgeons know what they’re doing.

Brain and knee surgery patients mixed up
Dar es Salaam, Tanzania:
Emmanuel Mgaya, 19, and Emmanuel Didas, 20, checked into the Muhimbili National Hospital on the same day in the same ward, each with planned a surgical procedure — Didas to repair a knee damaged in a motorcycle accident and Mgaya to remove a brain tumor. Because of their shared first name, however, hospital staff mixed up the two patients and ending up operating on Mgaya’s healthy knee and removing a non-existent tumor from Didas’ brain. Didas was left partially paralyzed from the unnecessary brain operation, and Mgaya received the brain operation he needed two weeks later but < rel=”nofollow” href=”http://news.bbc.co.uk/2/hi/africa/7109392.stm” target=”_blank”>died soon after surgery. Mgaya’s family declined to sue the hospital, as they knew he had only a 50% chance of survival due to the tumor. The surgeons involved with the mix-up were suspended, and the staff was ordered to give written explanations. 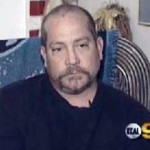 Air Force veteran Benjamin Houghton, 47, went to the West Los Angeles VA Medical Center to have his atrophied, potentially cancerous left testicle removed, but the surgeons somehow mistook his healthy right testicle for the affected one and removed it. The head of the VA system apologized, and Houghton filed a $200,000 lawsuit. 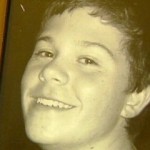 Transplanted organs spread cancer to recipients
Long Island, New York:
When 15-year-old Alex Koehne died, his parents were told that the cause of death was bacterial meningitis, but it wasn’t until after his organs had been donated that they discovered that Alex had actually died from lymphoma. Unfortunately, it was too late to prevent four recipients of his organs from contracting the cancer — two fatally. The hospitals that transplanted the diseased organs were cleared of wrongdoing, but procedures were changed to require stronger proof for bacterial meningitis.

False teeth lodged in patient’s throat for days
Wellington, New Zealand:
When an 81-year-old man went in for back surgery, he was anesthetized and his upper dentures were removed. However, the false teeth “somehow” found their way back into his mouth and weren’t discovered for days as the patient recovered. Finally, after complaining of pain and difficulty swallowing, the medical staff put a scope down his throat and found the dentures. 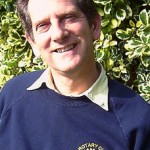 Dentist Alan Hutchinson, 51, was found guilty of “threatening his patients’ health” by performing such unhygienic acts as urinating in a surgery sink, using sterilized surgical instruments to clean his ears and fingernails (replacing them without re-sterilization), not washing his hands and not wearing gloves while working on patients. Although he would later be acquitted of the charges of cleaning his ears and nails with dental instruments, the other charges stood, and his license to practice was pulled.

Circumcision leads to castration
Lexington, Kentucky:
When Phillip Seaton, 61, went to Commonwealth Urology for a circumcision procedure to ease inflammation, he gave the surgeons permission to perform any procedure deemed medically necessary. However, he had no idea that the doctors would find a cancerous growth and proceed to remove his penis without further consultation. While the hospital claimed that the removal was necessary, Seaton filed suit, arguing that he should’ve been given the opportunity to mull his options or get a second opinion. 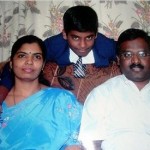 Surgeons let 15-year-old son perform c-section
Manapparai, India:
In an effort to get their son in The Guinness Book of World Records as the youngest surgeon, two husband-and-wife doctors allowed the 15-year-old to perform a Caesarean section on a 20-year-old patient in their clinic. Although there were no medical complications from the procedure, the couple was arrested and released on bail before being barred from practicing medicine by the Indian Medical Association.

Go in for gallbladder surgery, leave without legs
Sacramento, California:
Airman Colton Read, 20, checked into the David Grant Medical Center at Travis Air Force Base for a routine procedure — removal of his gallbladder — but when the medical staff accidentally severed his aortic valve and then waited hours to transport him to a hospital with a vascular surgeon, his blood loss led to the amputation of his legs. His gallbladder remained intact. Read couldn’t file a lawsuit, due to a law forbidding US military personnel from suing the government.

Patient’s face catches fire
Minneapolis, Minnesota:
A female patient at Abbott Northwestern Hospital suffered first- and second-degree burns when her face caught fire during a surgical procedure. The fire started when heat from a cauterizing tool near her nose tube reacted to a pool of oxygen that formed under the sheets used in the operation. After putting out the fire, the medical team sedated the patient again and continued the procedure. She has since recovered from the burns. 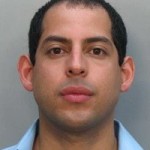 25-yr old towel found in man’s head
Tokyo, Japan:
Complaining of abdominal pains, a 49-year-old man was diagnosed as having an 8-centimeter tumor, but as surgeons prepared to excise it, they discovered that the object wasn’t a tumor. It was a surgical towel that had been left in the man’s body from an ulcer operation 25 years earlier at Asahi General Hospital in Chiba, Japan. The towel was removed, and the man stated that he had no plans to sue the hospital.

“I love women” tattoo changed to “I love men”
Leeds, England:
As surgeons at Leeds General Infirmary were conducting a heart bypass on a male patient, they needed to harvest a portion of the saphenous vein in the man’s leg to replace a section of the blocked artery in his chest. When they stitched up his leg afterwards, however, they inadvertently obscured part of a tattoo the man had on his leg. That tattoo had previously read, “I love women” and after the stitching, it more closely resembled “I love men.” The British Medical Journal later used the case as an example of the “care [that] should be taken when suturing tattooed skin at the end of an operation.”